Editor’s note:
Hundreds of concerned parents have recently spoken out in disapproval of CRT (Critical Race Theory) in the Washougal School Curriculum. However, the Washougal school board has evaded this public scrutiny by dodging questions and feigning ignorance. While the Washougal, Washington School Board has publicly claimed that it does not endorse CRT, it is simultaneously pushing an agenda which judges children by the color of their skin and other immutable characteristics.
Publicly, the school board claims to not even know what CRT is. Despite this, the school board seeks to divide students up by color and socioeconomic status. The following diagram was taken from a Washougal School District Meeting.

The above document intentionally judges and divides students and teachers by their race, sexuality, familial status and ethnicity. By judging and dividing people by race, CRT is in fact racist and must be stopped.

Ironically, so-called antiracist training has become in itself racist.

MLK dreamed of a world where people would not be judged by the color of their skin but by their individual character. By endorsing CRT, the Washougal School Board is now unraveling Dr. Martin Luther King Jr’s hard-won legacy.
–Sincerely,
The editor.

An Open Letter To Washougal, Wa School Board Members:

In my experience, getting caught up in semantics and word games prevents legitimate discourse from occurring. Essentially, the Washougal School Board members interviewed by Doug Flanagan of the Camas Post Record for his article “WSD officials: Critical Race Theory not part of proposed policy,” do just that. Published on June 3rd 2021, the following are some excerpts from the piece (linked below).

Cooper’s inbox was full of emails from Washougal parents, who parroted many of the talking points — some word-for-word — from the Camas meeting

It is incredibly disingenuous to imply there is something peculiar about the community members having a unified message when I hear each of the board members parroting the same talking points. It is hypocritical to call out concerned parents for engaging in similar behavior as the board themselves.

Cooper and several other board members delivered a strong message to those who believe the Washougal School District’s proposed equity, diversity and inclusion policy contains CRT during their May 25 virtual meeting.

“I just want to clarify that the equity, diversity and inclusion policy is not a critical race theory curriculum,” board member Angela Hancock said. “Most of us probably didn’t even hear about CRT until (May 10). Our district is not teaching this. It’s not a curriculum that we’re adopting. It’s not something that’s in our policy. I just want to make it clear that it’s not the same thing, because I know there’s a lot of misinformation about that.”

Here it appears a deliberate manipulation of linguistics is employed by the board members in an effort to mask their agenda of pushing the tenets of Critical Race Theory into the Washougal School District “Equity Policy.” This is a common tactic employed by proponents of this backward framework. Using logical fallacies and seemingly benign euphemisms, Critical Race Theory advocates attempt to explain the framework in a palatable way to unsuspecting stakeholders. Likewise, they are also counting on potential critics ultimately being too fearful of intimidation and brutal cancel culture consuming our society.

While aspects of equity, diversity, and inclusion training coupled with culturally responsive teaching may have merit and appeal, the devil is in the details. If WSD Equity Policy’s language mirrors key tenets of Critical Race Theory, then how can we take our school board at their word when they say they aren’t adopting the problematic framework? Is that not the proverbial Trojan Horse?

According to Deborah L. Plummer, PhD, a psychologist, author, and self proclaimed diversity equity and inclusion thought leader, there are 4 key tenets of Critical Race Theory.

The first tenant described by Dr. Plummer sounds great doesn’t it? I know I can get behind that! We are all human with a myriad of things in common based on our humanity, we want to feel loved, secure, and heard. We want to be healthy and free to pursue happiness and fulfillment, we like to share good food and drink, stories and fellowship with family and friends. Humans of all cultural and ethnic backgrounds share similar struggles in life and thus experience similar emotions.

So why is there so much focus on our differences in Critical Race Theory? Ethnic, cultural, religious and otherwise? Because CRT views EVERYTHING as inherently racist, holding humankind back from realizing the first tenant. Therefore “equality” within a racist system perpetuates the status quo and the only way to break the status quo is to disrupt the systems through policy, drafted under an “equity lens,” or with a mindset that groups of people from varying backgrounds should be treated differently.

Pay close attention to numbers 2, 3 and 4. Do they sound familiar to you? I know for certain I have read the same ideas, albeit not word for word, but closely paraphrased, within the “WSD Equity Statement.” Forgive me, and the hundreds of concerned parents of Washougal, for our apprehension! If concepts of Critical Race Theory are employed in the WSD Equity Policy without overtly being called such, why wouldn’t community members be confused and aggravated with the blatant hypocrisy? Is this not the Trojan Horse that I mentioned previously?

I’d like to draw your attention to the slide below. This slide was presented by Mr. Ben Ibale, WEA Equity consultant, during the WSD Equity Townhall. The wheel in the graphic below segregates classes of people into various levels of privilege. You will notice the common denominator between these groups is this- they each represent a class that is federally protected against discrimination.

Do you see anything problematic with this? What jumps out at me is how blatantly discriminatory it is. The wheel completely dismisses the individual and any of their unique circumstance, instead assigning their level of privilege, or marginalization, based on arbitrary factors like skin tone, age, or sex. It seems reasonable to fear that we might be using these frameworks of marginalization to determine the extent to which groups of people may be treated differently from their peers when the “equity” lens is employed.

Another slide used during the WSD Equity Townhall that I found interesting is pictured below. In this graphic, a flow chart is presented on the path one would take to become “Anti-Racist.” While being or becoming anti-racist sounds like what to strive for, many of the concepts on the flow chart are problematic at best. Take the first step on the road to being anti-racist. I strive to raise my children to be comfortable with themselves, in their capabilities, and everything that makes them the unique blessings they are. It seems damaging then to teach them to actively seek discomfort and a sense of insecurity so that they’re able to proceed out of the fear zone, thus becoming anti-racist. I believe my children can be comfortable, confident individuals who are still open, kind, and exceedingly anti-racist. It is terrible that any child would ever be made to feel this discomfort, and it’s terrifying that it’s made a requirement to feel this way just to reach the next level on the Culturally Responsive flow chart.

Looking further through this chart into the “growth zone,” I have highlighted two notions that I find to be particularly noteworthy. The chart indicates that to have reached the growth mindset of antiracism you must “identify how you may unknowingly benefit from racism,” as well as “yield positions of power to those otherwise marginalized.” Based on the previous graphic featuring the Wheel of Privilege, we’re led to believe that white people, being the most privileged in society, benefit from racism. Certainly more so than any marginalized community! Right? So now we understand the targeted audience for this slide and the intended level of self doubt and sustained guilt required to reach the growth zone. Next, let’s consider the concept of yielding positions of power and what it looks like. We have guilty white people who feel sorry for the sense of ownership they have falsely developed for all the disadvantages minority groups struggle with. Noble souls who are purposely bypassing positions of leadership and public office hoping that others whose primary qualification apparently is a different pigment of skin will step up and lead instead.

How insulting is it to send the message to historically marginalized communities that they will never be equal to the groups holding the highest level of privilege as assigned by the wheel, without them being given advantages and additional opportunities? The content of these graphics tells disenfranchised community members that they will never excel to leadership positions unless benevolent white people, in all their “growth,” hand them the opportunity. I patently REJECT that notion and I will never pass an opportunity to point out how incredibly racist and cruel such a belief structure is!

I want to take a moment to address Mr. Chase’s comment about this not being a curriculum.

Is that supposed to assuage my fears of this toxic framework reaching my children? How can the board honestly tell me that indoctrinating the teachers to use an “equity lens” that is riddled with the core tenets of Critical Race Theory in their daily decision making process won’t be passed on to the students? Children of all ages learn from examples in their environment. Washougal School District expects me to feel better knowing that the intention is not to indoctrinate my children directly, but rather by influencing the behaviors of the faculty that interact with them the most on a daily basis? The faculty setting the examples? Forgive me if I don’t find solace in these deflections!

Mr. Flanagan, your comment regarding the latest draft of the policy, though technically true, doesn’t paint the entire picture, does it? At one point, the proposed draft DID make mention of race. However, one of the savvy propagandists on the board caught it and proposed it be edited out. Below is a screenshot of WSD board records containing a draft of the Equity Policy with the word “race” stricken. Since we are on the topic of this edit, if the equity policy isn’t based in Critical Race Theory, and they want the term “race” removed from the official policy, then why is there such an emphasis on race in the graphics they shared? It’s confusing and frankly hypocritical.

Allow me to be perfectly clear in my points. There is nothing wrong with the district meeting the needs of students that have different backgrounds and educational challenges. However, it is rather disturbing to know that the board believes the assessment should be based on the quantitative marginalization of particular groups to which the student identifies rather than by their individual need. If there are any legitimate questions as to the similarities between Critical Race Theory and WSD’s “Equity Policy,” one must either reread the content as the likeness is a near mirror, or perhaps there is an agenda to peddle propaganda indirectly to the children of this community. As I believe it takes intelligence and determination to reach the level of school board director, I can only conclude the board’s motivation is the latter. There are hundreds of concerned citizens in Washougal who see through these cheap manipulations as well. Stop the implementation of Critical Race Theory under the guise of an “Equity and Inclusion Policy” in Washougal School District or resign your office. 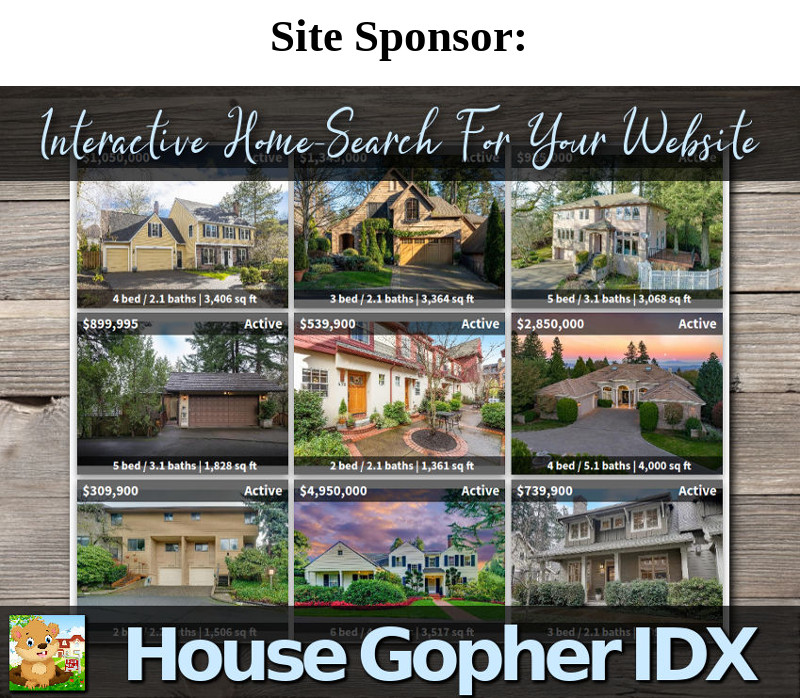 7 thoughts on “Washougal School Board & CRT”